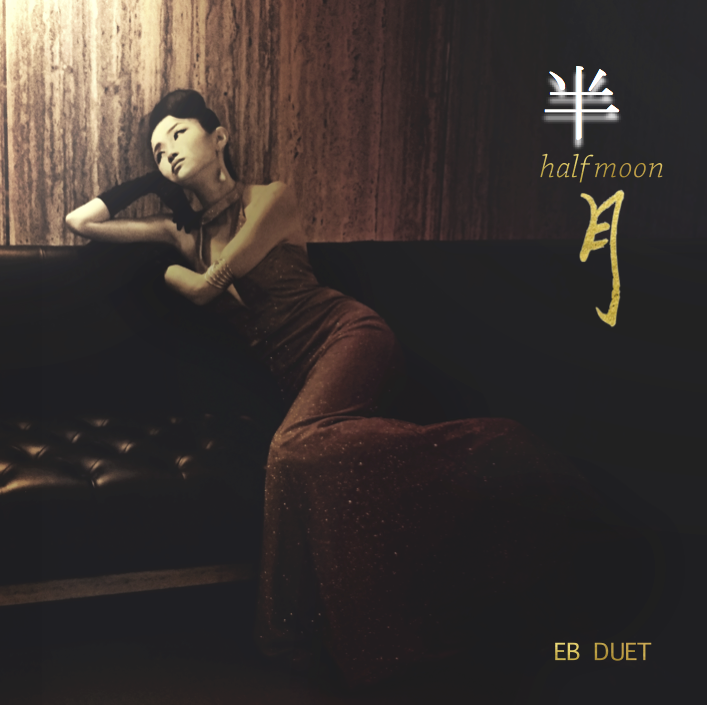 is the fourth album by EB duet, target to release in September2020.


it’s an album about remembering a lost love with warmth and joy. It’s about parting and it’s about hope :

The Halfmoon
is diminishing,
but one day
she will be full again，
as she always does"

From Bai Guang‘s to Teresa Teng's, this album even has a song from the goddess Marilyn Monroe, which has also been covered by "The Silver Voice" Yao Li 65years ago in 1955.

From the East to the West, not to forget song from EB's own homeland, Malaysia. And you would not see it coming when they include a children’s folk rhymes and dialect's songs!

Some were Eve’s childhood lullaby, some are Billy’s influence songs, They re-arranged all these beautiful songs and interpret it in their own way, hoping that more souls could be touched again by all these classics, like how theirs have been touched since decades ago!

Save this product for later
Scroll Up