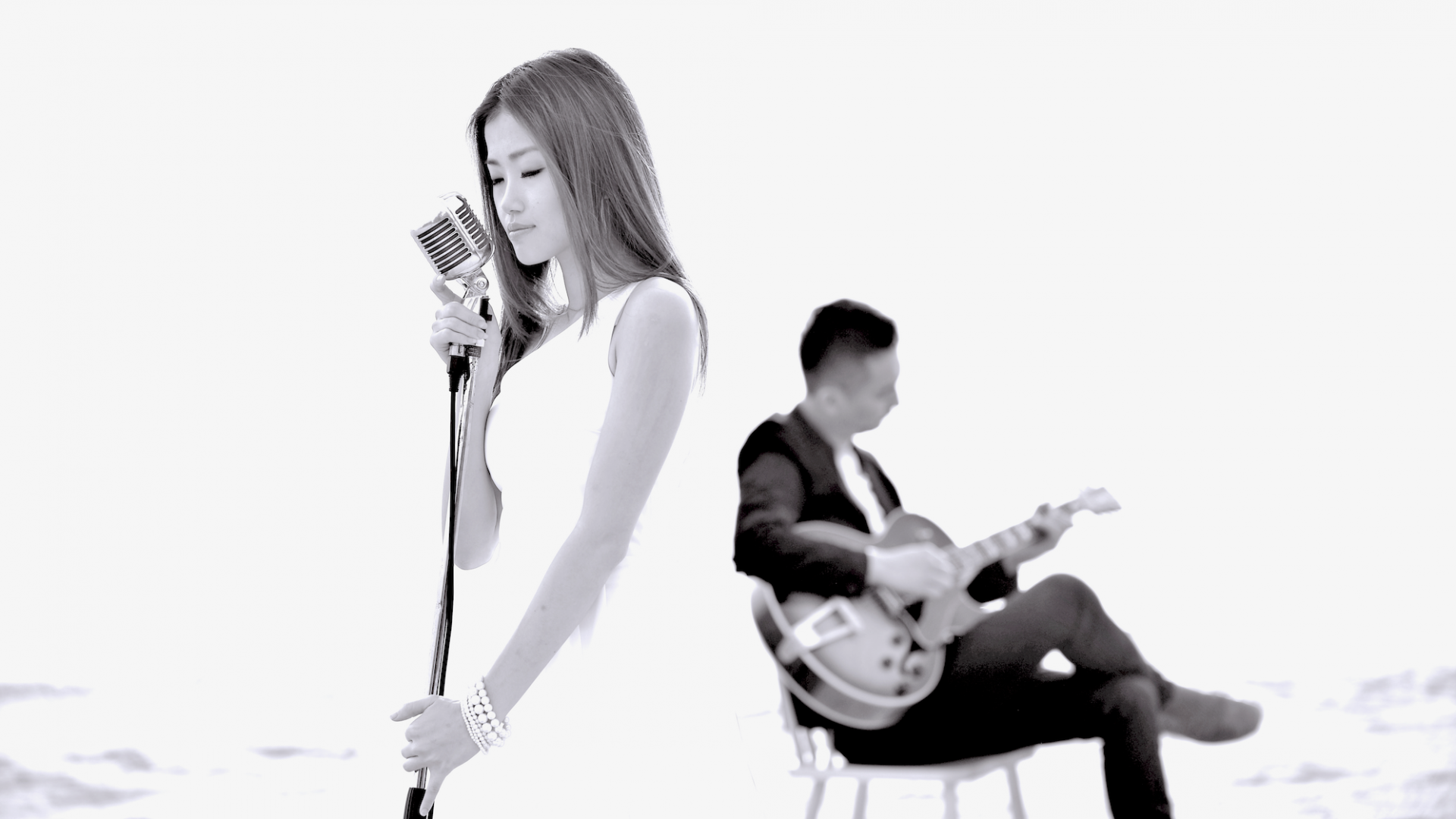 Musical duo from Malaysia,
Consists of Eve Wong as the Vocalist,
and Billy Ho as the Guitarist/Producer.
Born and raised in the tapestry of diversity in Malaysia,
both Eve and Billy have a rich repertoire from Jazz to Pop, evergreen classics, both local and international in multi-lingual flavours to engage and entertain any audience.
Their musicality and their unique blend and interpretation bring forth a presence that fills the air with simplicity yet leaves the audience with a profound experience.

2015
Their debut album “The Beginning” has released on 11.11.2015,
after three years of preparation and recording since 2012.
“The Beginning”, presents a selection of timeless classics of Jazz Standards that transcend time, with their own arrangement and interpretation of all the classics.
It has received many good reviews  on&offline for their unique vibes and Eve’s mesmerizing voice.
Over the years, the album not only recommended by the local music stores,
It has also received international order online, selling worldwide to Australia, Brazil, Germany, Japan, Taiwan, Hongkong, USA, Singapore Canada, New Zealand and more.

2016
This genre/crossing duo got their big break
after doing a cover of P. Ramlee’s classic  ‘Getaran Jiwa’
which went viral and was subsequently featured as the song
for a NESCAFE advertisement in conjunction with World Coffee Day.
The video garnered more than 5 million views on YouTube, catapulting this duo into the public eye.

2017
AirAsia commissioned the duo to compose the song “COME WITH ME”
as theme song for ASEAN 50th Anniversary
and shoot the music video in the 10 countries of Asean over 27 consecutive days.

2018
EB Duet is on the charm offensive again, with their second album “I’ve got a song for you”,
their first attempt at an album of original compositions, all of which self-written and produced.
They have also successfully launched their first performance tour in five major cities in Malaysia: Kuala Lumpur, Penang, Ipoh, Malacca, Johor Bahru.
In the same year, not only they have been on Malaysia Airline’s magazine as featured artiste,
they have also been invited by RTM TV2 (Radio Television Malaysia), to perform live on their TV show talk about their musical journey and their new album.

2019
They have been invited by Google Malaysia to the “Generation Youtube” on 28th Jan 2019, as the featured artist to give their take on music and share their journeys.